Was The Munich Shooter A Lone Wolf Terrorist Or A Suicidal Rampage Killer?
146
post-template-default,single,single-post,postid-146,single-format-standard,bridge-core-1.0.6,cookies-not-set,ajax_fade,page_not_loaded,,qode-title-hidden,qode_grid_1300,qode-theme-ver-1.0,qode-theme-unniturrettini,wpb-js-composer js-comp-ver-6.0.5,vc_responsive 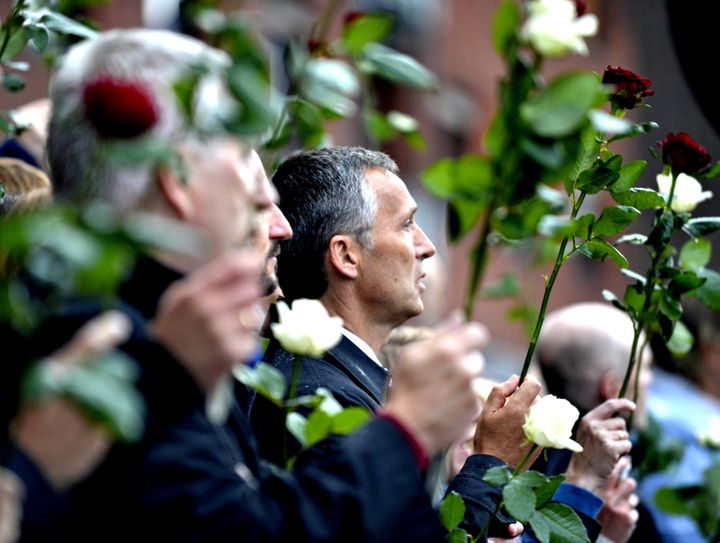 25 Jul Was The Munich Shooter A Lone Wolf Terrorist Or A Suicidal Rampage Killer?

Posted at 13:58h in Articles by unni@turrettini.ch
0 Likes
Share

Three days ago, on July 22—five years to the day of Anders Behring Breivik’s mass killing of seventy-seven people in Norway—18 year-old Ali Sonboly went on a shooting spree at a shopping mall in Munich, Germany. Much indicates that the perpetrator had picked that date on purpose. While Norwegians marked the five-year anniversary with nation-wide mourning ceremonies, Sonboly loaded his Glock .17 handgun, just like the one Breivik had purchased to use in his massacre five years earlier, at a McDonald’s restaurant and killed nine people, most of them teenagers.

Sonboly, an Iranian-German who was born and raised in Munich, had an image of Breivik as his WhatsApp profile picture, and German police have confirmed that the young man was obsessed with Breivik and other mass murderers. There are no indications of a connection between Sonboly and a terrorist group.

Born and raised in Norway, I was compelled to study Breivik. I went over every word he ever wrote and every word written about him in numerous languages. I spoke with experts in psychology and law enforcement and studied other lone wolf killers worldwide. My research has given me an understanding of mass killers, whether they are acting alone, in the name of a terrorist group, or simply want to commit suicide.

Those unfamiliar with killers like Sonboly believe lone wolves and suicidal rampage killers are identical. They are wrong. Sonboly probably has more in common with James Holmes of the movie theater shooting in Aurora, Colorado and with Adam Lanza of the Sandy Hook Elementary School shooting in Newtown, Connecticut, than with Breivik. While these massacres are just as devastating, the killers in these cases differ greatly from Breivik.

Breivik’s actions are no variation on the numerous school shootings. The 2011 massacre was in no regard the act of a depressed young man wishing to commit suicide and take as many people as possible with him, as was the case with Seung-Hui Cho of the Virginia Tech Massacre in 2007. Cho, like Lanza and Holmes, had a record of mental issues, and they were all committing a super-suicide. Sonboly had received treatment for depression in 2015 and used the last bullet to shoot himself in the head. The lone wolf, on the other hand, believes he is the most important person in the world, and in his narcissistic view, he is too essential to his cause to be sacrificed. Breivik said that he dreaded getting up that July morning five years ago, and that he knew that dying was a possibility, that the police might shoot him. Yet, willing as he was to perish for his ideology, he was not suicidal.

Rampage killers may also want to be recognized, and they may sometimes leave a manifesto or some other explanation of their motives. Often, lone wolf killers like Breivik inspire them. Like the lone wolf, they may have been isolated or bullied as children. Unlike the lone wolf, they are often suicidal and have a record of mental issues. In both cases, rage and revenge play a big part in their motivation to kill.

Sociopathic serial killers differ from both lone wolves and suicidal rampage killers. The sociopaths tend to have low to average intelligence, and often have a history of criminal misdemeanors or worse. They also may have been isolated and often experienced bullying and/or abuse as children. Killing provides them with psychological satisfaction. They feel no empathy and no guilt. The lone wolf is not stripped of empathetic feelings. While psychopaths exhibit few emotions, lone wolf killers have many. They over-care about themselves because no one in their lives wants to deal with them.

What drives the lone wolf is not only to be recognized as the remarkable person he thinks he is, but a desperate need for connection and to fill the emotional hole that has caused him great pain his entire life. The suicidal rampage killer has a similar suffering. However, neither Breivik nor Sonboly were born killers. It took them years and years of suffering through isolation. And preparation. They were not in a hurry. They took their time to plan their attacks and to execute them to perfection.

Sonboly’s attack may have been about ending his own life. However, when lone wolves kill, they are righting a wrong, but they are so grandiose that the government itself has to pay for what they have suffered. Actually, the lone wolf killer—who has never been able to bond with anyone or anything but an ideology—cannot even connect with the person or people who caused him such early pain. He can’t take out the school bully of his youth, so he takes out a school. He can’t kill his mother, so, as Breivik did, he decides to kill his government. Narcissism may be part of the equation, but the other part is the inability to relate with other people, even when he is deciding upon whom to take revenge.

Breivik’s case sheds the necessary light on the mystery of the lone wolf killer. It points out the necessity to identify a killer without a paper trail before he strikes. He also holds the key to preventing suicidal rampage killers. We don’t have to sit back and wait for the next Breivik, the next Lanza, Cho, Holmes—or the next Sonboly.

All children are born beautiful and untainted, and that includes suicidal rampage killers and lone wolves. Something happened to them along the way. By recognizing the warning signs and giving them the help they need before they become killers, it’s possible to prevent the next massacre.