THE ONE TRUE ENEMY
144
post-template-default,single,single-post,postid-144,single-format-standard,bridge-core-1.0.6,cookies-not-set,ajax_fade,page_not_loaded,,qode-title-hidden,qode_grid_1300,qode-theme-ver-1.0,qode-theme-unniturrettini,wpb-js-composer js-comp-ver-6.0.5,vc_responsive 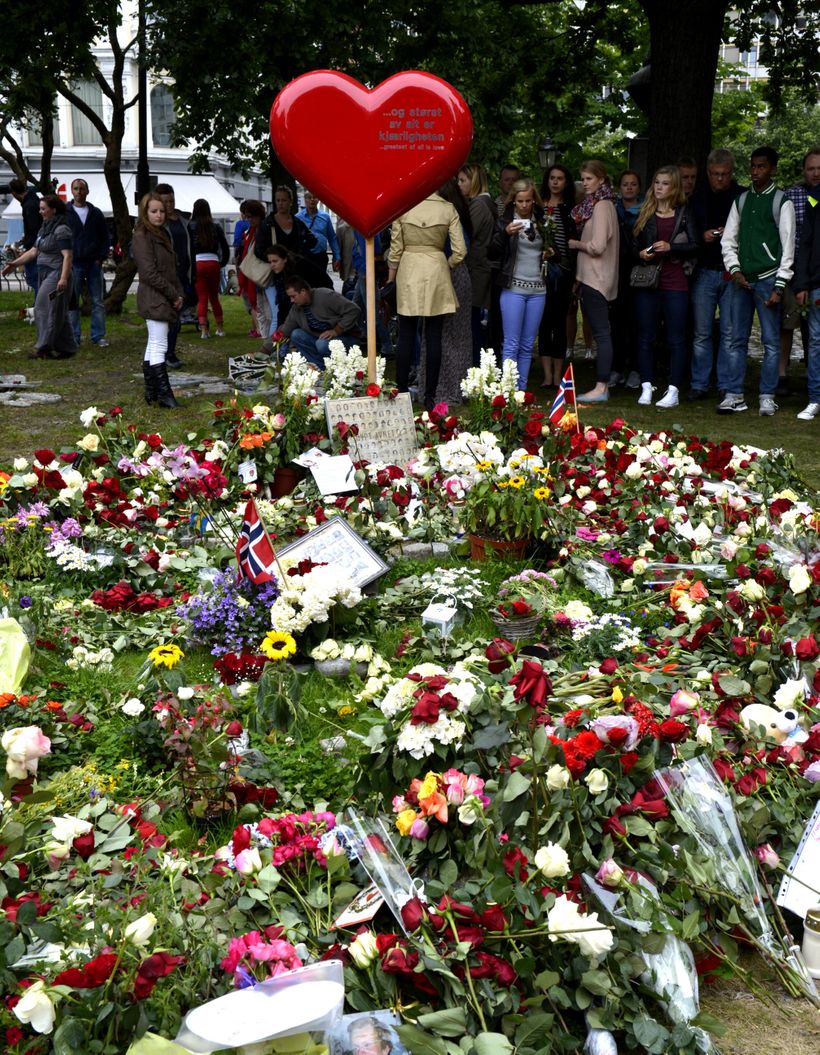 20 Jun THE ONE TRUE ENEMY

Posted at 13:59h in Articles by unni@turrettini.ch
0 Likes
Share

As I watched the news of the terror unfolding in Orlando, Florida, I realized something. There will be more terrorist attacks by homegrown lone wolves, by international organizations, or a combination of the two. More and more young people will turn to hateful ideologies in an attempt to fill a void in their lives.

I kept thinking of Breivik, those young people radicalized by ISIS, and my own children. None of them were born killers. Whether they are lone wolves or ISIS militants in the making, the process of radicalization is similar. Their desperation for a purpose is the same, the need for something to believe in, and the need to matter. Will my own children one day face the temptation of falling into such a trap? How can I prevent them from merging with any hateful ideology in the future? How can I keep my own family safe from these terrorist attacks, homegrown or international?

My first reaction to this fear was to think we should close the borders to Europe and refuse to receive Syrian and other Muslim refugees. Then came the rage and the wish for revenge. I even felt a surge of victory when I learned that the French government had bombarded specific ISIS targets in Syria the day following the Paris attacks.

However, in the back of my mind, something told me that building walls around the West, throwing out Muslims, or refusing to aid desperate refugees seeking to get away from tyrants and terrorist groups are not answers.

Muslims are certainly fearful too. They must fear ISIS and other radicals just as much as I do, if not more. After all, their children are the easiest and most vulnerable targets of the recruiters. Many sons and daughters of immigrants still feel like outsiders in Europe and the United States. ISIS is offering them a sense of belonging and a purpose, nurturing needs that the West has perhaps neglected.

On top of that, they must fear us non-Muslim Europeans and Americans. Our countries are certainly not the friendliest places for a Muslim right now. In the hours following Breivik’s attack in Oslo, before we knew who the perpetrator was, Norwegians automatically assumed that Al-Qaeda was to blame just as that organization had been behind the attacks on September 11, 2001. As a result, native Norwegians acting out their fear and rage confronted several Muslims on the street. Muslims, even outside of Norway, were relieved when it was discovered that the attacker was a blond Christian Norwegian, acting out his rage against the immigrant-friendly Norwegian government.

Muslims in Europe, the United States, Syria, and everywhere, must be living their worst nightmares. The populations in the Middle East are stuck between the choice of a dictatorship or militant Islamic groups such as ISIS. Those who are able to leave don’t want either. They simply seek freedom and safety. The peace-loving Muslims who already live in the West are constantly caught between the suspicions and rage of the population in their new home country. They are also being terrorized by fundamentalists taking over their mosques, ousting their regular Imams, and attempting to recruit the young members of their communities. I recently watched a documentary on French television channel M6, where an Imam was living in hiding, afraid that the radicals who had taken over his mosque would harm his children.

When it comes to the young Muslims, I can imagine that between a choice of trying to assimilate to a country that does not include them and a group that feels closer in terms of language and culture and, furthermore, that welcomes them, the decision isn’t that difficult. Not only does ISIS give young disillusioned men and women a purpose; it also offers them adventure.

I continued to ask myself why the people close to the terrorists didn’t see any warning signs. In a CNN interview Erin Burnett conducted with Mohamed Abdeslam, the brother of Ibrahim and Salah Abdeslam, perpetrators of the Paris attacks, I learned something that deepened my concern. A French citizen and a lawyer, Mohamed told Burnett that he knew his brothers had been radicalized, and that both had attempted to travel to Syria, but that he didn’t think the signs of radicalization were significant. According to the M6 documentary, many Muslims in France minimize the gravity of new fundamentalists in their communities by saying that their behavior is that of immature youth, nothing more. If this is true for France, it is certainly true elsewhere.

We can no longer afford to overlook the warning signs. Nicolas Hénin, a French journalist who was held hostage by ISIS for ten months, wrote in The Guardian that ISIS militants are “street kids drunk on ideology and power.” The French proverb bête et méchant, meaning stupid and evil, applies to them. Hénin found them more stupid than evil, but he warns about the dangers of minimizing the murderous potential of stupidity.

The fear is justifiable. On both sides. But if the West gives into the terror and lets it define our governments’ political decisions, we all loose. Some political leaders feed on this fear. Using the panic most of us feel, they promote striking back with more violence, making innocent Muslims feel even more excluded and put in the same box as the terrorists. This is what ISIS wants. If it happens, they win.

If we can recognize that we all feel the fear, and that fear is the true enemy, perhaps citizens all over the world can overcome the panic. Only then can we find it in our hearts to stand together as one people, despite the differences with regard to race, religion, color, gender, or nationality. Perhaps compassion and unity will prove more efficient than missiles and walls to win this war. Considering what’s at stake, it’s worth a try.